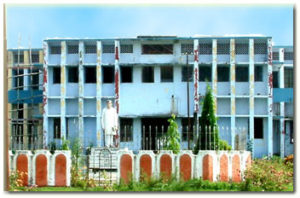 ABOUT THE DEPARTMENT: The Department established in 1961, is one of the oldest Department of the University, imparting quality teaching of philosophy to the students of Northern and Eastern Bihar. The Department has made rapid progress since its inception with a number of publications to its credit, a rich departmental library for students, researchers and teachers, a large number of Ph.D’s produced and many NET/ JRF qualified students. The Department enjoys the rare privilege of being headed by eminent scholars of philosophy namely Dr. Nityanand Mishra, Dr. G.D. Jha, Dr. Kedar Nath Tiwari, Dr. P.N. Mandal etc.The Dept. is presently headed by Dr. R. R. Tiwari.